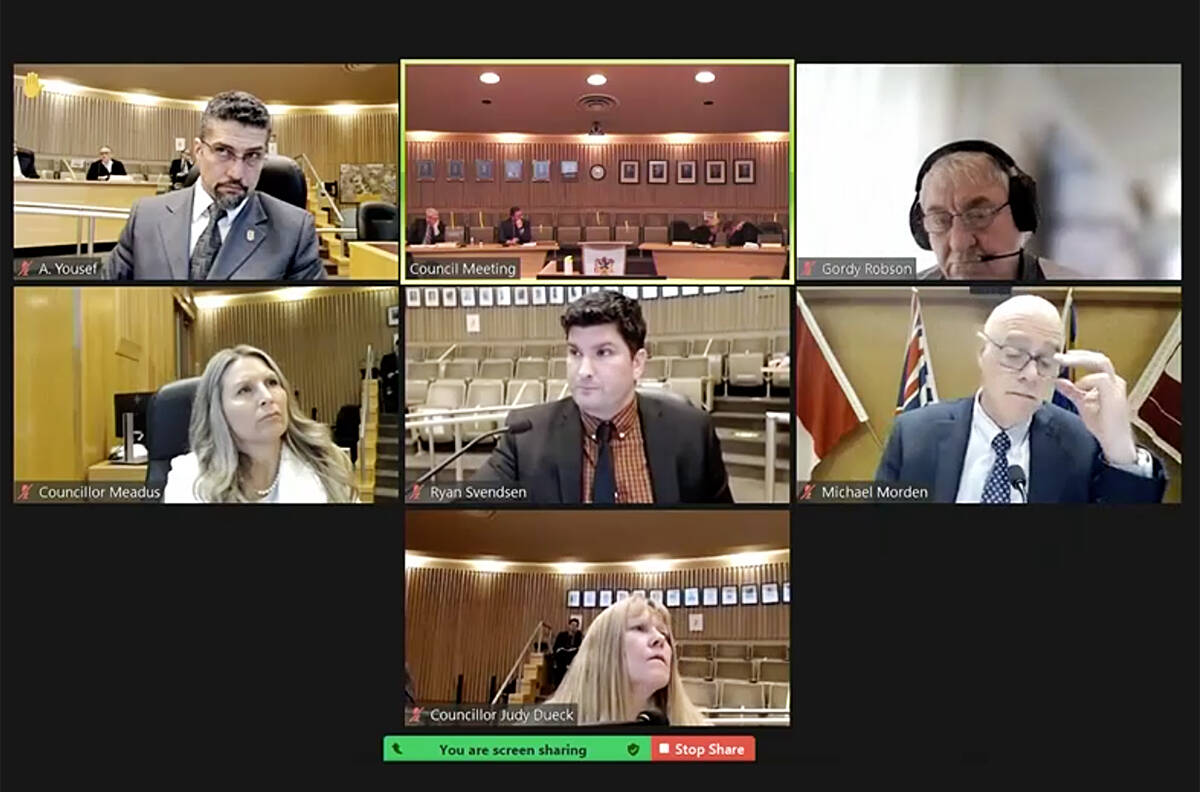 Maple Ridge council voted to stop a government cannabis store in Maple Ridge. (City of Maple Ridge/Special to The News)

Maple Ridge city council has said “no” to a government-run cannabis store, to the relief of private retailers in the city.

Council voted against the provincial Liquor and Cannabis Regulation Branch’s proposal to locate a new store at the corner of 207th and Lougheed Highway at council’s March 29 meeting.

Steve Dowsley, co-founder and president of Burb Cannabis, said the government store would have made it hard for him and other private cannabis retailers in the city to survive.

“We’re getting hammered pretty hard by the government stores.”

Dowsley is a Maple Ridge resident, and will be opening a Burb Cannabis outlet at 20110 Lougheed Hwy.

He said the government has the advantage of being both the sole cannabis wholesaler and also a retailer in the province, and their prices undercut private operators. He and other private retailers in the city made council aware that their businesses would be hurt by a government store.

Dowsley has two stores in Port Coquitlam and one in Port Moody, and said a BC Cannabis Store has taken “a shark-sized bite out of our revenues.”

The government store in Maple Ridge would have been in the same development as the Town Hall Pub, known as the Hammond Mill Centre.

Turning down the application was part of a larger council discussion about taking stock of how many cannabis retail stores are needed. The Burb store will be the fifth. At the same meeting, council directed staff to prepare a report, with draft policy amendments. The city is not accepting any applications for more cannabis retail stores at this time.

The city has a policy that calls for 1,000 metres separating each store, and Coun. Gordy Robson noted there are already three cannabis stores within that distance of the government store, either in business or in process.

“There’s a limit to how many we should have,” he said, adding the city is “overloading” on pot stores.

The government store could proceed with an amendment to the 1,000 metre rule. It is within 334 meters of Muse Cannabis, and 954m of the coming Burb Cannabis store. There is a third retailer proposed nearby at 20757 Lougheed Hwy., which would be just 131m away from the government store.

Morden noted other applicants have come before council, made presentations, and made contributions to community. The government store has not been represented in person before council.

Councillors noted it has been a confusing application, using a different process from private retailers.

Coun. Ahmed Yousef asked whether the city could stop a provincial government store. Staff answered that senior government has the authority to proceed against council’s wishes.

“The provincial government has never used paramountcy for anything other than social housing, that I’m aware of, and it would be interesting to see them try,” said Robson.